Half of Heaven: Why Women are Needed in National Security with Dr. Joan Johnson-Freese 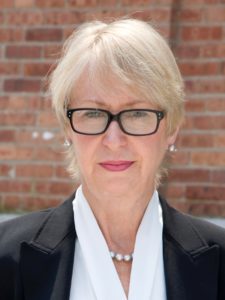 Dr. Joan Johnson-Freese is a University Professor, holds the Charles F. Bolden, Jr. Chair in Science, Space & Technology, and is former Chair of the National Security Affairs Department at the Naval War College (NWC). In her faculty capacity she teaches Security Studies to US military officers and security practitioners from the United States and over 50 other countries. She has also been part of the Government Department faculty of Harvard Extension School and Harvard Summer School since 2004, where she teaches courses on Women, Peace & Security, Leadership in War and Peace, and Grand Strategy and US National Security.

As a political scientist and educator, her research focuses on space security and Women, Peace & Security. She is the author of seven books on space security, the most recent (2016) Space Warfare in the 21st Century: Arming the Heavens and over 100 published articles, many with a particular focus on the Chinese space program. Dr. Johnson-Freese has also published multiple articles on aspects of Women, Peace & Security and her book, Women, Peace & Security: An Introduction, was released in December 2018.  She regularly works with media including CNN, NPR, The New York Times, ABC, CBS, and Time Magazine on these topics.