The Future of Energy with John Walsh 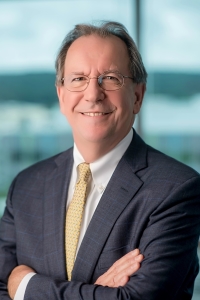 John Walsh, director, president and chief executive officer of UGI Corporation, will speak about the “Future of Energy” at the Wednesday, Feb. 10 program of the Word Affairs Council of Greater Reading. The virtual program begins at noon and will end around 1:30 p.m. Walsh has been president and a director of UGI since 2005 and CEO since 2013. He also serves as a director (since 2005) and chairman of the board (since 2016) of AmeriGas Propane, Inc. He serves as a director and vice chairman of UGI Utilities, Inc. (since 2005). AmeriGas Propane, Inc. and UGI Utilities, Inc. are subsidiaries of UGI Corporation. Walsh served as chief operating officer of UGI Corporation (2005 to 2013) and as president and chief executive officer of UGI Utilities, Inc. (2009 to 2011). Previously, Walsh was the chief executive of the Industrial and Special Products division of the BOC Group plc (an industrial gases company), a position he assumed in 2001. He was an executive director of BOC (2001 to 2005), having joined BOC in 1986 as vice president – Special Gases and having held various senior management positions in BOC, including president of Process GasSolutions, North America (2000 to 2001) and president of BOC Process Plants (1996 to 11 2000). He also serves as director at Main Line Health, Inc., the United Way of Greater Philadelphia and Southern New Jersey, the World Affairs Council of Philadelphia, the Greater Philadelphia Chamber of Commerce, the Satell Institute, and the Philadelphia Zoo, and as trustee at the Saint Columbkille Partnership School.