Terror Finance: The War Behind the War on Terror with John Cassara 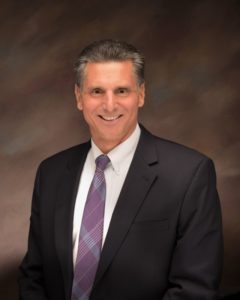 John Cassara began his 26 year government career as an intelligence officer during the Cold War. He later served as a Treasury Special Agent in both the U.S. Secret Service and US Customs Service where he investigated money laundering, trade fraud and international smuggling. He was an undercover arms dealer for two years. Assigned overseas, he developed expertise in Middle East money laundering, value transfer and underground financial systems. Mr. Cassara pioneered the concept of trade transparency units (TTUs) and has worked to demonstrate the link between trade fraud and underground financial systems. He also worked six years for Treasury’s Financial Crimes Enforcement Network (FinCEN) and was later detailed to the Department of State’s Bureau of International Narcotics and Law Enforcement Affairs. Mr. Cassara’s final assignment was with Treasury’s Office of Terrorism and Financial Intelligence (TFI). Since his retirement, he has consulted for both government and industry. He has lectured in the United States and around the world on a variety transnational crime issues. Mr. Cassara testified four times before Congressional committees on various topics related to threat finance. Mr. Cassara has authored or co-authored several studies, articles and books, including Hide and Seek, Intelligence, Law Enforcement and the Stalled War on Terrorist Finance, On the Trail of Terror Finance – What Intelligence and Law Enforcement Officers Need to Know, Demons of Gadara, and Trade-Based Money Laundering: The Next Frontier in International Money Laundering Enforcement. More information can be found at www.JohnCassara.com