Cuba At A Crossroads: Family, Revolution & the United States, 1959-2018 with Dr. Robert Portada 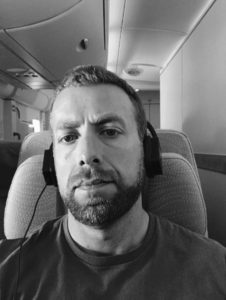 Sponsored Anonymously Dr. Robert Portada is an Associate Professor of Political Science and Public Administration at Kutztown University of Pennsylvania. He teaches courses in comparative politics and international relations. He has expertise in a variety of political science subfields, including international relations theory, modernization theory, democratization theory, revolutionary theory, and security studies. His area of regional specialization is Latin American and the Caribbean, and he has expanded his regional studies to include East Africa, North Africa, and the Middle East. He is author of a chapter entitled “Indirect Confrontation: The Evolution of the Political Strategy of the Cuban Catholic Church in Handbook of Contemporary Cuba: Economy, Politics, Civil Society, and Globalization, published by Paradign Publishers in 2013. Dr. Portada has also published research in the Journal of Third World Studies analyzing the role of private security companies in the process of security sector reform in South Sudan. Dr. Portada continued researching private security companies in South Sudan in 2017 and 2018. His areas of Expertise include:

He received his B.A. from Hunter College, CUNY; M.A. and Ph.D. from the University of Notre Dame. To