My Friend the Spy. The Notorious Case of FBI Special Agent Robert Hanssen with James Ohlson 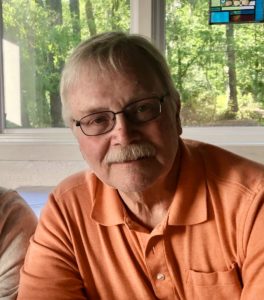 In February 2001, Robert Philip Hanssen was arrested and charged with committing espionage on behalf of the intelligence services of the former Soviet Union and its successors. He pled guilty to 15 counts of espionage on July 6, 2001 and was sentenced to prison without the possibility of parole.  The Hanssen case is described by the Department of Justice as “possibly the worst disaster in U.S. intelligence history.”

During his FBI career, James Ohlson was a close FBI colleague and friend of Hanssen; the two had even attended the same Chicago high school.  Jim Ohlson is a retired FBI special agent having served nearly 30 years, primarily in New York City and Washington, DC.  Subsequent to the FBI, Jim worked in the Directorate of Security and Counterintelligence at National Security Agency (NSA), Fort Meade, MD.   He currently lives with his wife in New Jersey.