Aftershocks: Pandemic Politics and the End of the Old International Order with Thomas Wright 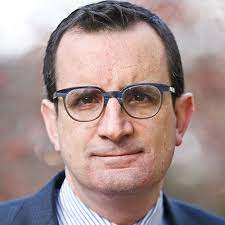 Thomas Wright is the director of the Center on the United States and Europe and a senior fellow in the Project on International Order and Strategy at the Brookings Institution. He is also a contributing writer for The Atlantic and a nonresident fellow at the Lowy Institute for International Policy. He is the author of “All Measures Short of War: The Contest For the 21st Century and the Future of American Power” which was published by Yale University Press in May 2017. His second book, “Aftershocks: Pandemic Politics and the End of the Old International Order,” will be published by St Martin’s Press in 2021. Wright also works on U.S. foreign policy, great power competition, the European Union, Brexit, and economic interdependence.

This virtual program is scheduled for 12:00 noon on September 15th.